First look: Russell Brand in ‘Four Kids And It’ 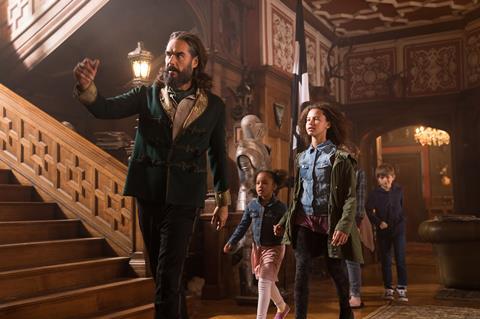 RUSSELL BRAND IN ‘FOUR KIDS AND IT’

Russell Brand family film Four Kids And It is attracting buyer interest at this year’s AFM for 13 Films.

Screen can reveal the first look image from the film, above.

The story follows four children who are horrified to learn that their beach holiday is a bonding trip with potential future step siblings. An argument leads to the discovery of magical, sandy, grumpy creature IT, who can grant them one wish a day that will be cancelled when the sun sets.

Ahriyavraromp is fully financing the feature, with 13 Films handling worldwide distribution rights. He has also come on board another 13 Films project, Goldfinch Studios’ Michael Morpurgo adaptation Waiting For Anya, as an executive producer and co-financier through T&B.